Chocolate is one of the world’s most loved products. From dark to light, sweet to bitter – everyone has a favorite. Its history reaches back to as far as the Aztecs. Cacao is native to Central and South America, but it is grown commercially throughout the tropics and approximately 70% of the world’s cacao is grown in Africa. We’ve put together a brief history of the beloved cocoa bean.

WHERE DID IT ALL BEGIN?

Chocolate history starts out around 1000BC in Latin America, where cacao trees grow wild.

The first people to use chocolate were probably the Olmec of what is today southeast Mexico, and their word, “kakawa,” gave us our word “cacao.”

The Beauty of the Pod 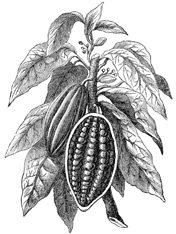 Chocolate beans are the seeds of the cacao tree. They are encased in a sticky white pulp inside the fruit of the cacao tree (pod). Almost 2000 pods per year are produced on a single cacao tree. Beans are harvested twice a year. They are fermented in earthen pits or wooden bins covered with banana leaves. During fermentation (from a few days to a week or more) the bean darkens in color and loses some of its bitter flavor. Finally the beans are dried in the sun for about a week.

IT STARTED WITH A DRINK... 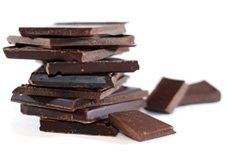 Did you know that chocolate history doesn’t include solid chocolate until the 1850s?

The Mayan Indians in equatorial Central America harvested the cacao bean to create a Mesoamerican beverage.

But the Mayans prepared chocolate strictly for drinking. Chocolate beans were used as currency and in religious ceremonies. When the Aztecs conquered the Maya, they kept the chocolate tradition alive. From about 1200-1500, the Aztecs dominated the region and continued using cacao as currency. The Aztecs drank their chocolate much like the Maya, although they sometimes liked it cold. 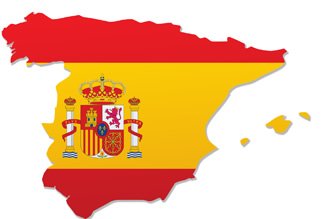 When chocolate first made it to Spain, it was considered a health food and a medicine.

In 1519, Cortez and his men arrived in the Aztec capital, where cacao trading was in full force. They tried chocolate, but hated it because, without sugar, cacao was fairly bitter. After Cortez and pals conquered the Aztecs, they kept right on using cacao as currency. The Spaniards are credited with adding sugar to chocolate, making it much more flavorful.

Chocolate was the first caffeine to reach Europe, beating out coffee and tea by a few years. Other than adding sugar, little had changed in the preparation of chocolate. Chocolate soon made its way to the rest of Europe. 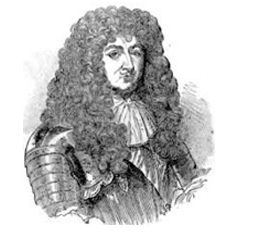 Louis X1V apparently became a huge fan of chocolate after being presented it by his wife.

In 1643 the Spanish Princess Maria Theresa was betrothed to Louis XIV of France, she gave her fiancé an engagement gift of chocolate, packaged in an elegantly ornate chest. Chocolate became extremely popular with Louis XIV and the members of his Court at Versailles.

THE DEVELOPMENT OF CHOCOLATE 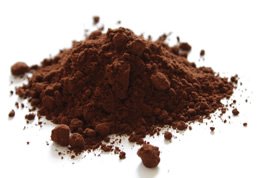 The British, the Dutch, and the French started their own plantations, taking cacao out of Central America and planting it in their own territories – Sri Lanka, Venezuela, Java, Sumatra, the West Indies, and Africa.

n the early 1800s, Coenraad Van Houten, a Dutchman, created the cocoa press, which expelled the cocoa butter (fat), and left just the cocoa behind. He also came up with a way to wash the cocoa in an alkali solution (hence “Dutch” cocoa) to make it easier to mix with water. In the 1850s, solid eating chocolate was developed by J. S. Fry and Sons, a British chocolate maker, by adding more cocoa butter, rather than hot water, to cocoa powder and sugar.

Chocolate was the first caffeine to reach Europe, beating out coffee and tea by a few years. Other than adding sugar, little had changed in the preparation of chocolate. Chocolate soon made its way to the rest of Europe.

AND SO THE STORY CONTINUES...

The Madelaine Chocolate Company uses new technologies and state of the art manufacturing and packaging equipment to ensure that only the best quality is given to our customers.

Our chocolate flavor and ingredients are tantamount to gourmet. By using real milk and not milk powder means that Madelaine’s Chocolate is some of the smoothest, finest, and richest chocolate available today.