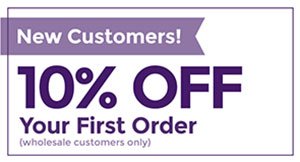 In 1946, brothers-in-law, Henry Kaye and Jack Gold came to Manhattan, where they learned the fine art of chocolate creation and the workings of the chocolate industry.

In 1949, located in a small loft space in Lower New York City, they started The Madelaine Chocolate Company.

The name is derived from Henry and Jack wanting the company to have an air of quality and sophistication. Henry in particular, loved the elegance and beauty of a popular Hollywood actress at the time — they both agreed that the name Madelaine would be very fitting.

In 1952, spurred on by their extensive knowledge of the industry, and a common belief that great tasting chocolate didn’t have to be serious or expensive, they decided to create and supply their own shapes using superior-tasting Peter’s Chocolate.

It Started With an Egg...

Henry and Jack would often travel to Europe for business. It was in the Netherlands that they discovered new mold designs and techniques, and in Italy they discovered the beautiful foils that we still use today.

In 1954, inspired to make Holiday shaped chocolates, Henry and Jack embarked on a new direction in their business and began producing mini chocolate eggs in brightly-colored foils. Demand for the fine-tasting chocolate grew, prompting our move to a larger factory in Brooklyn. We eventually outgrew our second “home” and arrived at our current site in Queens, New York in 1967, where we have remained and grown thanks to the hard work and dedication of our employees and the loyalty of our customers.

As our reputation as fine novelty chocolate makers grew, so did our own creativity in mold shapes and designs. In 2009 we celebrated our 60th year and we remain as excited about and proud of our business as Jack and Henry were in 1949.